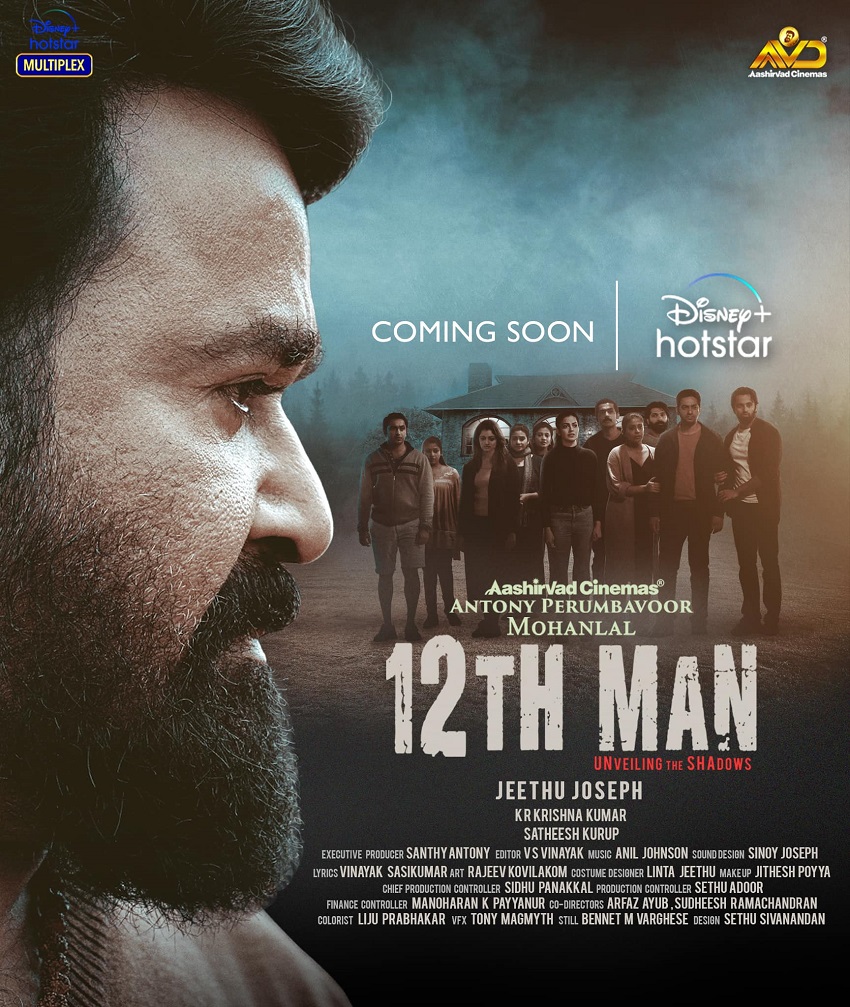 Now a new update came about the film. 12th Man Movie will be streaming on Disney+ Hotstar. The film is expected to release in May 2022. Recently Jeethu Joseph shared a post on Facebook mentioning that films post-production works are completed. After Drishyam & Drishyam 2 the combo is coming back again with this film. Fans are very excited about this movie. Hoping that this film also will be a blockbuster like their previous films.