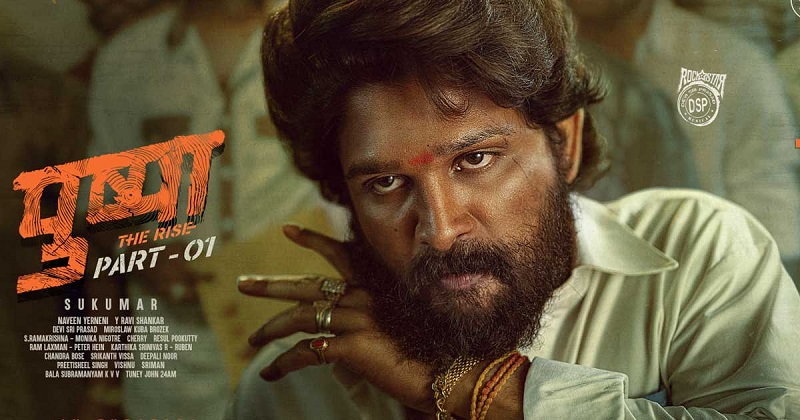 Pushpa: The Rise is released on 17 December 2021 in worldwide theatres. The film is a perfect show of Allu Arjun. If you are a hardcore fan of Allu Arjun you will love the film. Pushpa: The Rise tells a story of a coolie red sandalwood smuggler, Who then raises the main player on the field.

Pushpa: The Rise got the highest first-day collection record in the Indian box office. The director Sukumar has directed this film after the success of Rangasthalam. With this film, Sukumar once again collaborated with Allu Arjun after the success of Arya and Arya 2. The film has a cast list including Rashmika Mandanna, Fahadh Faasil, Sunil, Rao Ramesh, etc.

As per the news, the film budget of the film is around 200 - 250 crores. Film Produced by Mythri Movie Makers in association with Muttamsetty Media. The film's music is composed by Devi Sri Prasad, with cinematography and editing performed by Miroslaw Kuba Brozek and Karthika Srinivas respectively. The film was released on 17 December 2021 in Telugu along with dubbed versions in Malayalam, Tamil, Kannada, and Hindi languages.

The film received mixed reviews from critics with praise for Allu Arjun's performance, action sequences, dialogues, cinematography, soundtrack, and production values but criticism for the predictability, lengthy runtime, characterization, editing, and narration. A sequel titled Pushpa: The Rule – Part 2 is scheduled to commence production in 2022.

Pushpa: The Rise was released on 17 December 2021. Previously. the film was announced to release on 13 August 2021, coinciding with the Independence Day weekend. In May 2021, the makers announced that the film would be released in two parts, with the first part coming on the originally intended release date while the second installment will be arriving in 2022.

Conclusion: If you want to see an Allu Arjun mass masala film, you can book a ticket for the film. Otherwise, it will be an average movie for you.