Another year is going to complete now. According to the Malayalam film industry, a lot of issues were raised due to the covid and followed lockdowns. In Kerala, theatres are shut down for almost 6 months. Now the good news is that theatres are now back to the functioning state. Due to the covid situation, the number of movies released in Malayalam is also less. Some films are directly released on OTT platforms. Here we are picking some of the best Malayalam movies released in 2021, which got positive responses from the audience. 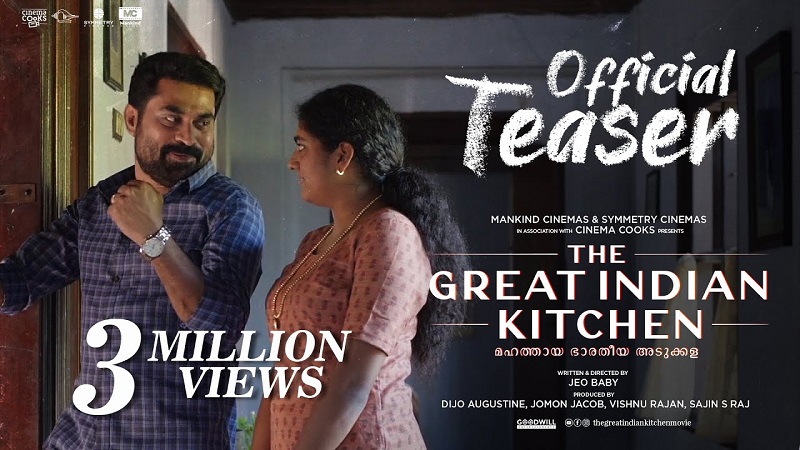 The Great Indian Kitchen is a 2021 Indian Malayalam-language drama film written and directed by Jeo Baby. The film tells the story of a newlywed woman (Nimisha Sajayan) who struggles to be the submissive wife that her husband (Suraj Venjaramood) and his family expect her to be. The music was composed by Sooraj S. Kurup and Mathews Pulickan. The movie was directly released on Neestream on 15th January 2021. The film was highly critically acclaimed and won Kerala State Film Award for Best Film, Best Screenplay award for Jeo Baby, and Best Sound Designer award for Tony Babu. 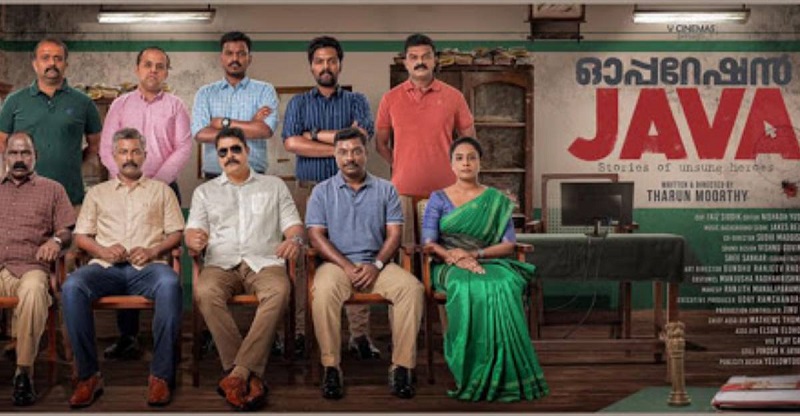 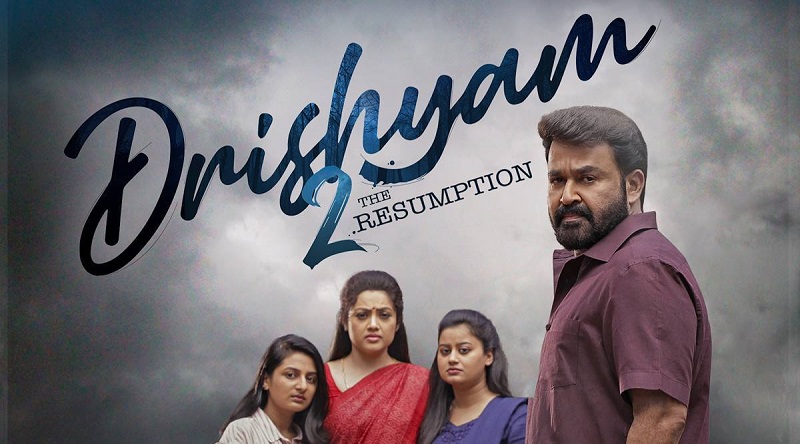 Drishyam 2: The Resumption, or simply Drishyam 2, is a 2021 Indian Malayalam-language drama thriller film written and directed by Jeethu Joseph and produced by Antony Perumbavoor through the company Aashirvad Cinemas. A sequel to their 2013 film Drishyam, the film stars Mohanlal, Meena, Ansiba Hassan, Esther Anil. The story takes place six years after the events of Drishyam. Originally, the makers planned for a theatrical release, the producers later opted to release the film through the streaming service Amazon Prime Video. The film was released worldwide on 19 February 2021 to widespread critical acclaim, praising the narration style and performances(especially of Mohanlal). The film's remake in Telugu, titled Drushyam 2, was released in November 2021. 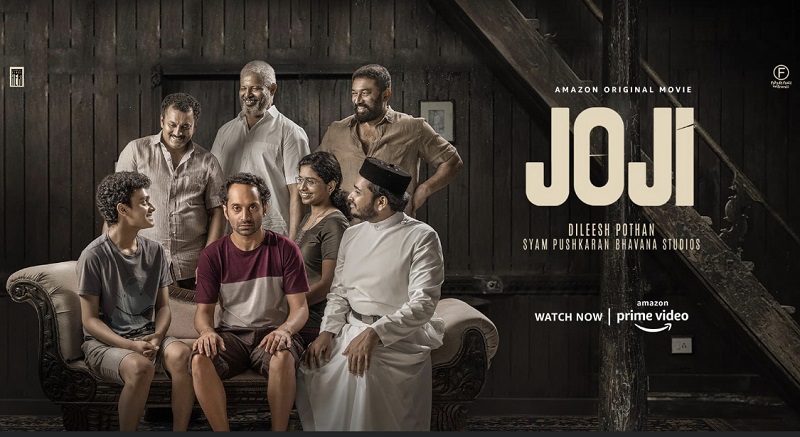 Joji is a 2021 Indian Malayalam-language crime drama film directed by Dileesh Pothan and written by Syam Pushkaran. The story is inspired by William Shakespeare's play Macbeth. The film was produced by Bhavana Studios in association with Working Class Hero, and Fahadh Faasil and Friends. Fahadh Faasil plays the title character, while Baburaj, Shammi Thilakan, and Unnimaya Prasad play other pivotal roles. The plot revolves around a wealthy family of three sons and a father living in the countryside of Kerala. Joji was released through the OTT service Amazon Prime Video on 7 April 2021 to wide critical acclaim, with praise towards the story, direction, and performances of Fahadh Faasil and Baburaj. 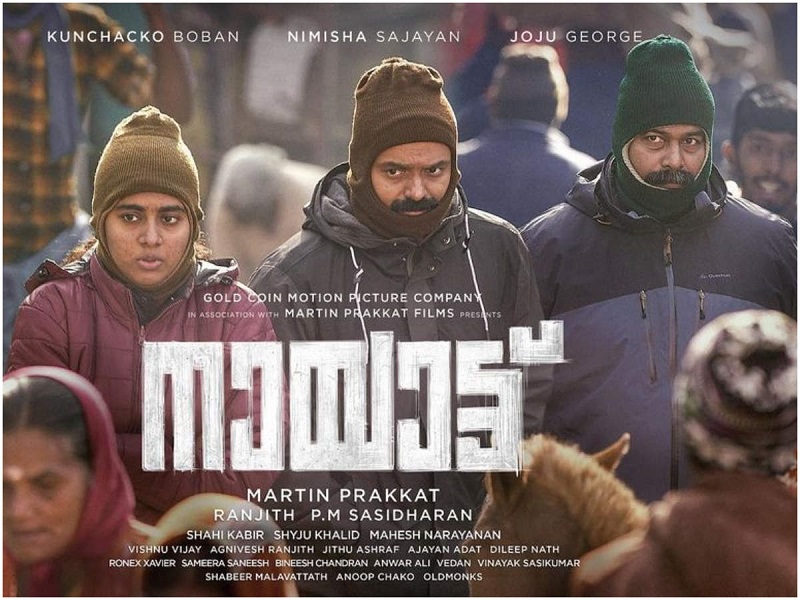 Nayattu is a 2021 Indian political thriller film directed and co-produced by Martin Prakkat and written by Shahi Kabir. It stars Kunchako Boban, Joju George, and Nimisha Sajayan in the lead roles and features Jaffar Idukki, Anil Nedumangad, and Hakkim Shajahan in supporting roles. Mahesh Narayanan and Rajesh Rajendran edit the film while Shyju Khalid handles the cinematography. Vishnu Vijay composed the original music and background score. Director Ranjith and P. M. Sasidharan produced the film under Gold Coin Motion Picture Company in association with Martin Prakkat Films. The film was released on 8 April 2021 to widespread critical acclaim, praising the story, direction, and the cast’s performances. In October it made the shortlist for India's selection for the Best International film at 94th Academy Awards 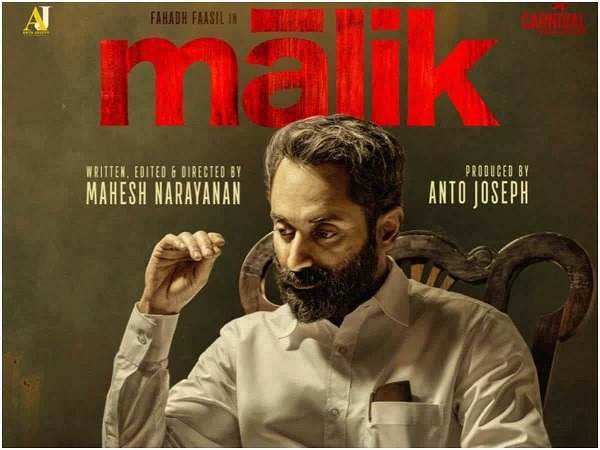 Malik is a 2021 Indian Malayalam-language political thriller film directed, written, and edited by Mahesh Narayanan. It was produced by Anto Joseph through Anto Joseph Film Company along with Carnival Movie Network. The film stars Fahadh Faasil with Nimisha Sajayan, Vinay Forrt Jalaja, Joju George, Dileesh Pothan, and Indrans in supporting roles. The music was composed by Sushin Shyam. The theatrical release of Malik was delayed due to the COVID-19 pandemic. The film was released on Amazon Prime Video on 15 July 2021 as a result of non-existent theatrical releases due to the COVID-19 pandemic, to critical acclaim from critics praising the characterization and performances of the lead cast members especially that of Faasil's performance with many critics saying it as his career's best, direction, story, screenplay, music, cinematography and other major technical aspects of the film.

Home is an Indian Malayalam-language comedy-drama film directed and written by Rojin Thomas. The film stars Indrans and Sreenath Bhasi in the lead roles. The film was released on Amazon Prime Video on 19 August 2021. This film received widespread critical acclaim for its screenplay, performances of the main cast, and theme. Kurup is a 2021 Indian Malayalam-language crime thriller film written by K. S. Aravind, Jithin K. Jose, and Daniel Sayooj Nair based on the life of wanted criminal Sukumara Kurup and directed by Srinath Rajendran; starring Dulquer Salmaan in the title role along with Indrajith Sukumaran, Sobhita Dhulipala, Shine Tom Chacko, Sunny Wayne, Bharath Srinivasan, Shivajith, Surabhi Lakshmi, Vijayaraghavan and Tovino Thomas in the supporting roles. The film score and songs are composed by Sushin Shyam. Kurup was released on 12 November 2021 and the film received positive reviews from critics and audience with praise for the score, production design, characterization, and performances. 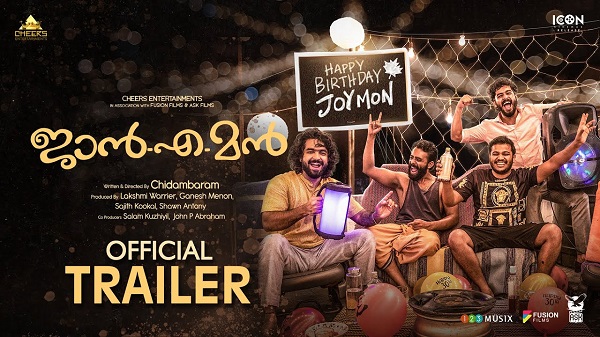 Jan.E.Man is a 2021 Malayalam comedy-drama film written and directed by the debutant Chidambaram. It was co-written by Ganapathi, Chidambaram's younger brother, and Sapnesh Varachal. The film stars Basil Joseph, Balu Varghese, Lal, Arjun Ashokan, and Ganapathi in important roles. The movie was produced by Lakshmi Warrier, Ganesh Menon, Sajith Kookal, and Shawn Antony under the banner of Cheers Entertainment. The movie was released in the theatres of Kerala on November 19, 2021. 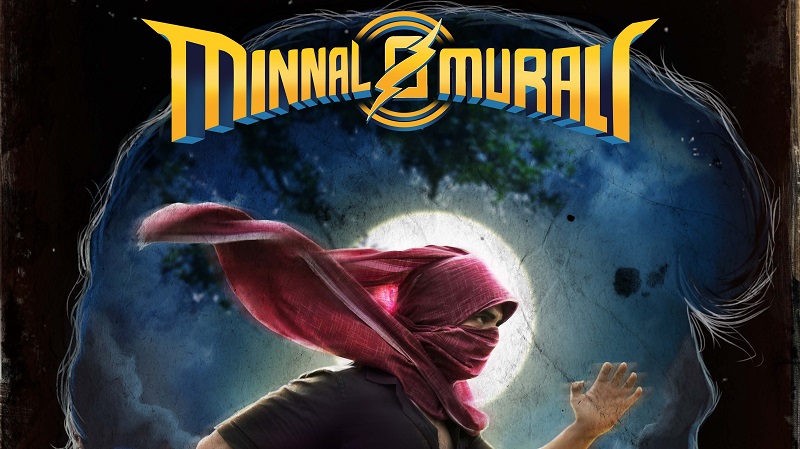 Minnal Murali is a 2021 Indian Malayalam-language superhero film directed by Basil Joseph and produced by Sophia Paul, under the banner of Weekend Blockbusters. The script is written by Arun Anirudhan and Justin Mathew. The film stars Tovino Thomas in a dual role along with Guru Somasundaram. It follows the life of Jaison, a young tailor, who gains superpowers after being struck by lightning and transforms into a superhero. The film was set for a theatrical release in late 2020 but was postponed multiple times due to the COVID-19 pandemic. In September 2021, the makers announced that the film will be released directly through the streaming platform Netflix on 24 December 2021, as a result of the COVID-19 pandemic. The film premiered at the Mumbai Film Festival on 16 December, before its release on Netflix. The film has been released in Malayalam, Tamil, Telugu, Kannada, Hindi, and English languages.