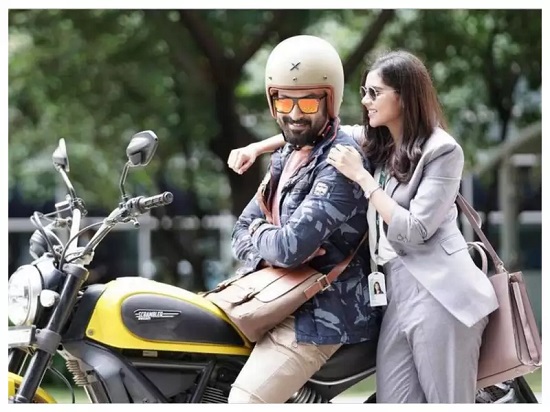 Prithviraj-Mohanlal movie starts on 15th July in Telangana. The movie is produced by Antony Perumbavoor under the banner of Aashirvad Cinemas. Antony Perumbavoor stated that it's an impossible situation in Kerala to shoot the film due to covid restrictions. He also mentioned that it's more expensive than shoot in Kerala but needs to start the shoot in Telangana due to the restrictions in kerala. Due to covid restrictions almost 10 movies also thinking to switch to Telangana. In Malayalam, almost 100 films are waiting to shoot due to covid.

On the last day, Prithviraj posted a working still from the film on Instagram. On the poster, Prithviraj appeared with Kalyani Priyadarshan in a formal costume. It seems like they appear as lovers in the film. Apart from the direction Prithviraj playing an important role in the film. Bro Daddy is the second directed film of Prithviraj after the success of Lucifer with Mohanlal. As per the report, the film is a totally family fun drama.

As per reports Meena, Lalu Alex, Soubin Shahir, Kaniha and Murali Gopi play other major roles in the movie. The movie is scripted by Sreejith N and Bibin Maliekal.We can expect it will be a good film to watch.