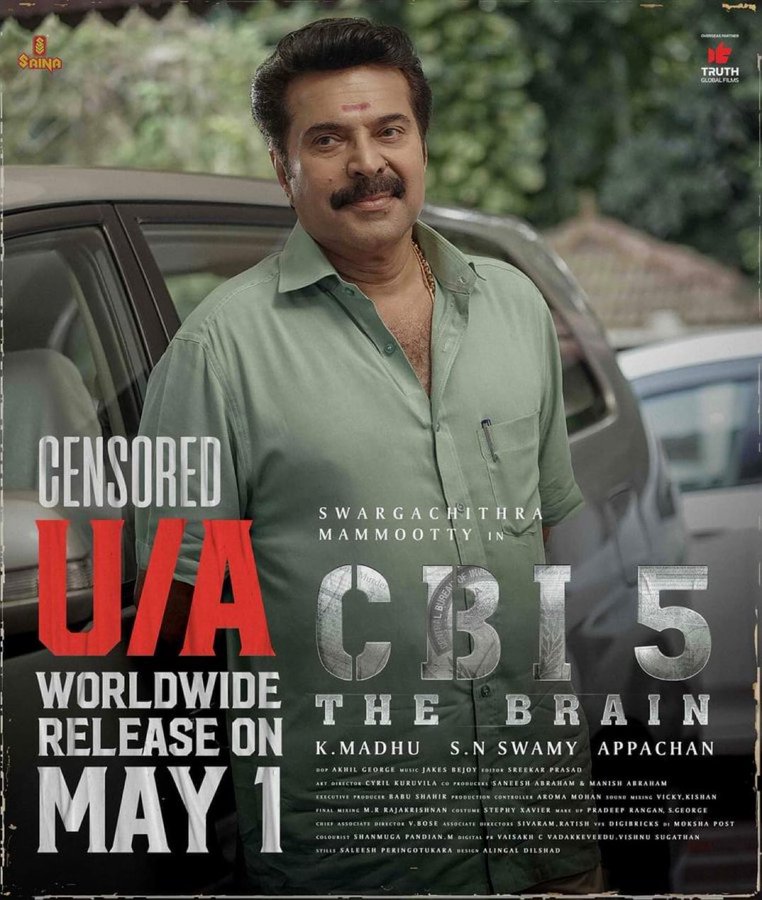 The megastar Mammootty staring CBI 5: The Brain Will be released on May 1. This is the fifth part of CBI. K Madhu will direct the film and S N Swamy will write the film. The famous Malayalam actor Jagathy Sreekumar will play an important role in this film after a break. Mammootty reprising his role as Central Bureau of Investigation (CBI) officer Sethurama Iyer once again. The soundtrack and score is composed by Jakes Bejoy in his first collaboration with Mammootty. The audio rights for the film were bought by Saina. For the main theme of the film, Jakes recreated the original theme from the first film composed by Shyam.

The trailer of the movie is released on 22nd April and crossed 2.5 million views within 24 hrs. Trailer getting an amazing response from the audience. The fans believed that this will be a huge blockbuster after megastars `Bheeshma Parvam`.