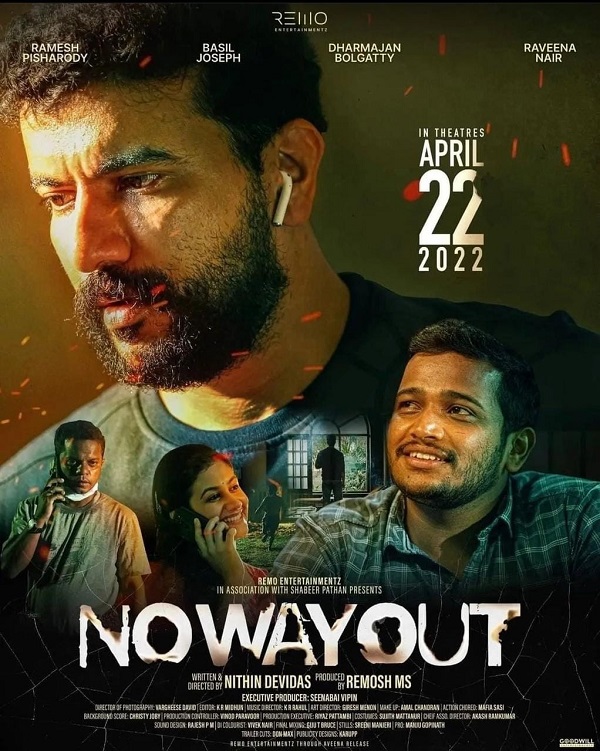 Ramesh Pisharody's no Way Out will release on 22 April in theatres. The film was written and directed by Nithin Devidas and produced by Remosh MS under the banner REMO Entertainment. KR Rahul composed the music for the movie. KR Midhun handled the editing of the movie and Vargheese David handled the cinematography. Ramesh Pisharody, Basil Joseph, Dharmajan Bolgatty, and Raveena Nair play important roles in the movie.

No Way Out Trailer